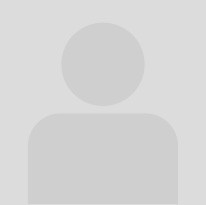 Zbigniew Gryglas
Member of the Supervisory Board

Mr. Zbigniew Gryglas is a graduate of the National School of Public Administration, ART Olsztyn and the Warsaw School of Economics. He has over a dozen years of experience in the ownership supervision over companies with State Treasury shareholding, gained at the Ministry of the Treasury (1996-2006) and the Ministry of State Assets (2019-2021). He completed an internship at the European Commission - Directorate-General for Energy. Member of the Sejm Committee on Energy and the State Treasury of the 8th parliamentary term. Chairman of the Parliamentary Offshore Wind Energy Group (OWE) 2016-2019, and in the years 2020-2021 Plenipotentiary of the Minister of State Assets for OWE. One of the co-authors of the act on support for electricity generation in offshore wind farms. Many years of experience in working in the bodies of commercial law companies, including the energy sector ones, among others: Chairman of the Supervisory Board of Nafta Polska S.A. in the years 2000-2005, Chairman of the Supervisory Board of Naftoport Sp. z o.o. in the years 2005-2006. Member of the Supervisory Boards of the following companies: H.Cegielski Poznań S.A., Polpharma S.A., RPBI S.A., SSSE S.A. In the years 2009-2015, he ran a business activity in the field of mergers and acquisitions as well as investment project evaluations. One of the co-authors of the Power Sector Restructuring Programme of 2006 establishing the currently existing four Energy Groups (PGE, Tauron, Enea, Energa).